Austrian electronic producer salute draws from the full spectrum of club music, with his productions carrying a sense of longing and melancholy, all the while sparkling with energy, euphoria, and emotion.
Born and raised in Vienna, salute began making music when he was 13. Having spent the majority of his life in Austria, a few years ago Felix made the decision to relocate to Manchester to work on music full time.
Since making the move to the UK salute has received many plaudits – including Annie Mac’s ‘Hottest Track In The World’, BBC Radio 1’s ‘Song Of The Week’ and support from Mixmag, DJ Mag, Pitchfork & Boiler Room. His forthcoming release ‘Joy’ is gaining regular plays on Radio 1, as well as club support from the likes of India Jordan, DJ Boring & Mall Grab.
After watching his high energy sets at Boiler Room Vienna, Parklife, Lost Village Festival we’re super excited to welcoming him to the Stealth booth!

Plus 3 more rooms of music as part of Stealth Vs Rescued!

🎉 1,200+ party people each week
🌴 Two massive outdoor terraces
🔊 World Class Funktion One Soundsystem
🍺 Drinks offers all night
📸 Photo booth in the Main Bar
🏆 Voted ‘Nottingham’s Best Club Night’
🕔 Open until 5am
🚬 The two largest smoking areas in town (where you can drink and smoke at the same time)! 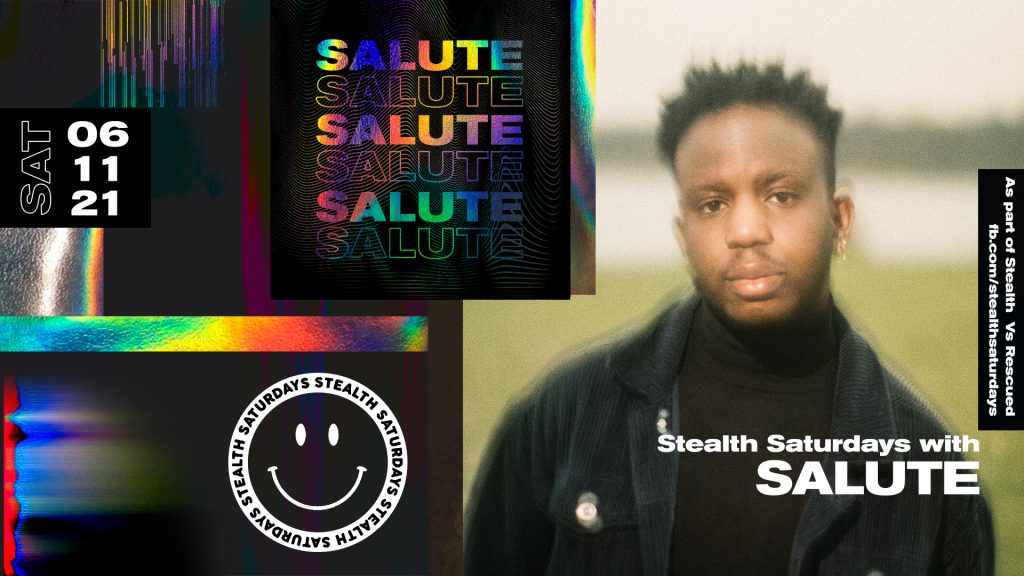